A Tampa based family business since 1957, specializing in audio visual rentals, sales, custom designs, and full productions throughout Florida. Bay Stage Live continues to be a leading provider of entertainment technologies.

Within our complex you will find our state of the art Dream Theatre; the only one of its kind in the Tampa area, it utilizes the latest innovations in 3D visualization software to give you a virtual experience of your event.

Our world class staff of lighting designers, event producers, and production support will customize your experience one idea at a time. Come to Bay Stage Live and turn on your imagination. 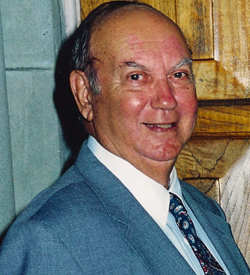 It all began in the early 1950’s. Sam Marino, a man drawn to the theatre, had a vision: to create the Bay Area’s most comprehensive, creative, and cooperative entertainment company. Marino quit his job at his family’s fish company and began acquiring professional stage and lighting equipment that he would rent to Tampa Bay’s theaters. And thus, the “Bay Stage Lighting Company” was born.

Sam’s business flourished; by the 1970’s, Bay Stage Lighting was one of Tampa’s top stage equipment rental companies. That’s when Sam’s god daughter, Yvonne Felicione and her then-boyfriend, Brian Justo joined the company as front-desk and warehouse employees, respectively. During their time with Bay Stage Lighting, Yvonne and Brian fell in love with the business and each other. They married, and took over the business in the late 90’s, with the passion and dedication to Sam Marino’s original vision.

Since then, Bay Stage Lighting has catapulted forward as one of the nation’s leading stage rental and lighting companies. In 2013, the company was renamed Bay Stage Live in order to better represent their company’s creativity and dynamic concept. In 2017, Bay Stage Live will celebrate their 60th anniversary delivering the best in live event equipment, planning, and stage lighting services.